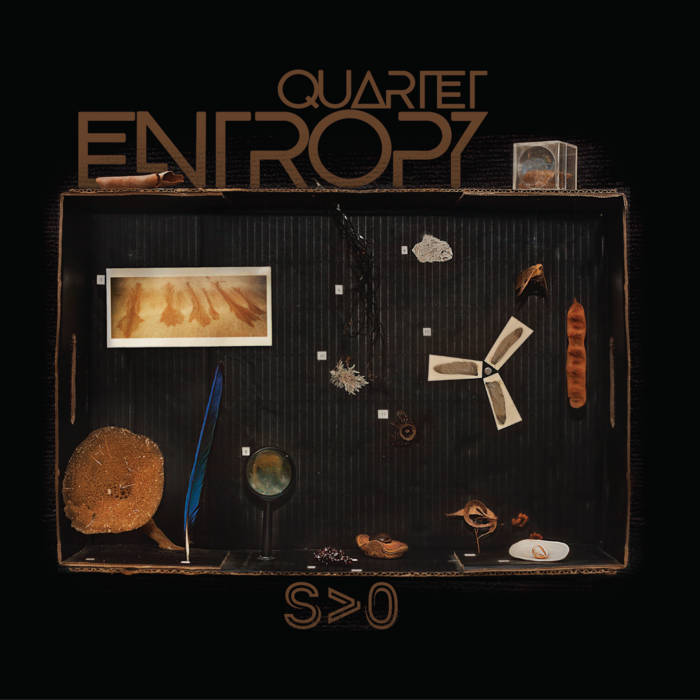 S>0 is Entropy Quartet's second release, and the band's first full-length album. Recorded at Black Pearl Studios with entirely vintage equipment, Entropy set out to capture the openness, spontaneous interaction and emotion of their largely improvised live shows. The entire album was recorded live, which allowed them to communicate visually and sonically, and to react to one another in the moment.

The album demonstrates Entropy’s ability to explore the subtler sides of ballads, as well as more raucous and, at times, angular works. The album includes compositions and arrangements from all members of the band, as well as original interpretations of pieces from Atoms For Piece and Radiohead, which have been re-imagined, twisted, obscured and reassembled.

Beautifully engineered by Darren Reston and Kein Jenkin, and mastered by the great Mal Stanley, the album has a somewhat moody, vintage sound, but with a very contemporary aesthetic.

S>0 is a lens with which to view musical path the band has travelled and it’s current state, inviting the listener to travel with them as they descend into deep musical exploration.

Bandcamp Daily  your guide to the world of Bandcamp

Interviews With Butcher Brown and Slauson Malone, plus LP of the week by SAULT.